Every lesson shapes a life through Kingsbridge Teacher Training

Starting salaries for teachers are set to rise to £26,000 this autumn, under Government plans. The Department for Education (DfE) is proposing the increase as part of its pledge to raise salaries for new recruits to £30,000 by 2022/23. 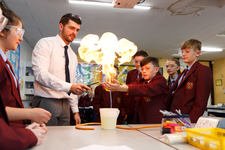 Under the Government's proposals, wages for new teachers in England, working outside London will rise by 6.7% this September, to £26,000 from the current minimum of £24,373.

Experienced teachers and school leaders will get a pay rise of 2.5% this year, the DfE said.

The pay rises will be funded out of extra money due to be pumped into England's school system, it added.

Ministers have announced a three-year plan to increase school spending by £7.1 billion by 2022/23.

The DfE has submitted its pay proposals to the School Teachers Review Body (STRB) which reviews teachers' pay and makes recommendations on pay increases.

Education Secretary Gavin Williamson said: ""We want to make teaching attractive to the most talented graduates by recognising the prestige that we as a society place on the profession.

"We have set out proposals to significantly raise starting salaries for new teachers to £26,000 next year, rising to £30,000 by September 2022, alongside above-inflation pay increases for senior teachers and school leaders.

"These mark the biggest reform to teacher pay in a generation."